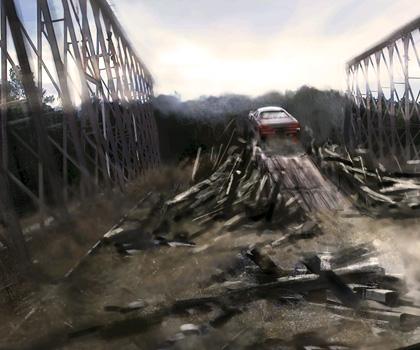 Cage returns to the supernatural kind
A few days before the start of the Comic-Con in San Diego yesterday, the Summit has lifted its embargo on visits to the set, made in early May, Drive Angry 3D film directed by Patrick Lussier (My Bloody Valentine 3-D) and interpreted Nicolas Cage, Amber Heard, Billy Burke and William Fichtner. Drive Angry 3D is a hard R-rated film (available to persons age 14 years) with many references to the movie car of the seventies starring Charles Bronson and Clint Eastwood. Milton Cage plays a father sent to Earth from Hell to find the people responsible for the murder of his daughter and the kidnapping of her child. His revenge goes out of control and becomes increasingly bloody every mile traveled, leaving a string of corpses behind him on the highway. Heard the Piper plays a foul-mouthed waitress full of spirit, capable of defending itself, can fight and drives a ’69 Charger. Milton Piper and Piper immediately become friends, and proves to be a perfect element for the team to Milton. Burke plays the villain of the film Jonah that fits like a rock star while Fichtner plays another agent called the infernal Accounting.
In the visit on the set told Collider Cage why he decided to participate in this film, “Yeah, well I read the script and they said that … I read when my eye was about to be shot away, I remembered a movie called Season of the Witch in my eye that I wanted to fly away with an arrow. And the producers have not accepted, so when I was offered this movie where they shoot out my eye with a gun, I thought: ‘Yes I’m going to make that movie’. “ Cage told Latino Review what has attracted a star in a movie like this, “Well, I tend to apply myself in projects that make me uncomfortable because it usually happens when I try to find a way to exist in the project that is more creative. That way I can do something with the material that forces me to go in a new direction. I’ve made many films geared for families, which I like. But I still have a passion for the public to midnight and the midnight movie and I think this was a good opportunity to make a movie at midnight, that’s why I jumped on board. “
Speaking of the feature of his character that puts him more uncomfortable Cage said, “Well, there is the level of the murders. You know, he’s not really a … is more like a force from another dimension. It’s almost like karma on some levels. It’s not really a … is hardly a man that a ghost … As the karma. I see him as a protector of children when something horrible is going to happen to children, is awakened from the depths. I like characters who have supernatural aspects, because I feel like we can do more with them. There is an infinite number of possibilities when you’re dealing with the infinite. “
The first clip of Drive Angry 3D will be presented in Hall H of the Comic-Con in San Diego on Friday. 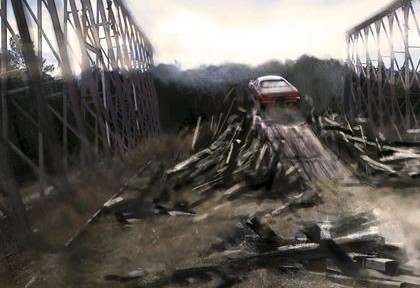